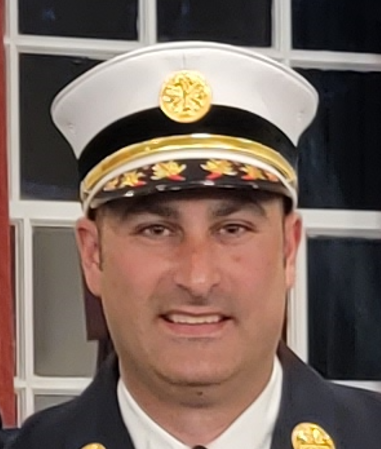 Michael Duelks was sworn in on April 26, 2022 as the twelfth Fire Chief of the Town of Westfield. Michael was born and raised in Westfield, and is a graduate of Westfield High School. He joined the Westfield Fire Department as a volunteer in 2002 and was appointed to career status in 2004. In 2016, Michael was appointed to the rank of Lieutenant and then later that same year to Battalion Chief, and he also served the department as the Fire Inspector. In 2020, Michael was recommended for promotion to the rank of Deputy Fire Chief and has served in that role since, where he has been a part of the leadership of the department and has proven to be a person of exceptional character who is deeply committed to the success of Westfield Fire Department.